For some, travel is about consistency. Returning to the same place ? say, the beach ? year after year. That kind of travel is about getting to know a place intimately. And I respect it. But, it’s not for me. I prefer something different each time I take a trip.

That means seeing a lot of new places. So, when Delta Air Lines announced the inaugural flight of their brand new Airbus 350 airplane would be between Detroit and Tokyo, I swallowed my preference against revisiting a place and decided a return trip to Japan?s largest city was in my future. I visited Tokyo once four years ago. 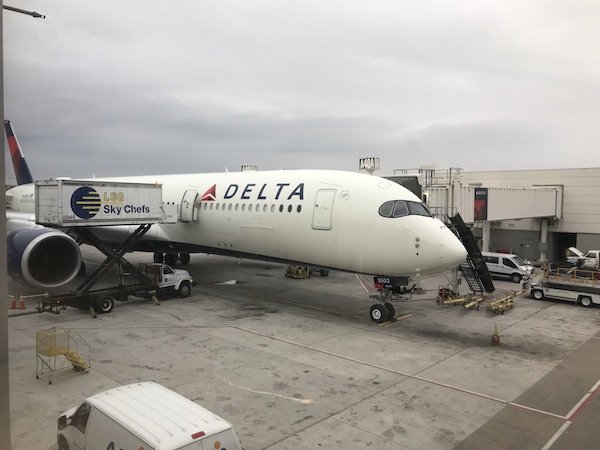 The A350 may look like an ordinary plane to you, but it’s Delta’s new “flagship” plane. Which is a big deal. Trust me.

I should probably explain that Delta Air Lines thing. Regular readers may know that I love airplanes. As of this writing, I?ve spent almost 287 hours (almost 12 days) in airplanes so far this year. And when an airline introduces a new type of airplane, a person like me considers it’s a big deal! And getting to take part in the experience is very special. I even met “The Points Guy.” He cracked the code on using credit card points and frequent flyer miles to travel for next to nothing.

After the historic 12.5 hour flight, I arrived in Tokyo and made my way to my hotel without paying much attention…a risk in Tokyo where it?s very, very, very easy to get lost. As I walked inside, the area began to look familiar. 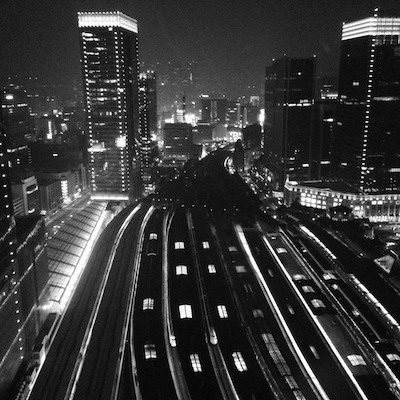 This is the neighborhood from my first visit in 2013.

Then, suddenly, it dawned on me. This was the same place where ? a mere four years earlier (nearly to the day, it turned out, thanks to Facebook’s “On This Day” feature) ? I?d practically vomited all over a Japanese kid?s ninth?birthday party due to some bad sushi.

I decided to avoid the restaurant and explore the surrounding area, instead. For those keeping track, I was near Tokyo Station. That’s Tokyo’s major train station. It?s also a bustling neighborhood filled with offices, shopping malls, offices, skyscrapers, restaurants, and more offices. Leaving my hotel meant braving the dangers associated with getting run over by fast-moving pedestrian commuters on their way to their offices. The bicycle commuters were especially dangerous, passing me at high speed with only centimeters to spare. Everyone wore suits. The street cleaners, traffic cops, and cab drivers were all formally festooned. I was the odd man out. I forgot to pack a suit for this trip…

All of these formally dressed people made it difficult to get around. At one point, I got stuck trying to swim upstream against the rush of about 1,000 office workers. Even though I was the tallest in the crowd, I couldn’t move against the flow. I was literally pushed backwards along with them. I’m sure I annoyed them and looked like an idiot at the same time.

With all of that motion, I wanted to find somewhere more peaceful. So, I headed to the Imperial East Gardens, just a few blocks away. And, despite the short distance, it might as well have been a world away. It was so peaceful, serene, beautiful, and quiet. For a long time, I was the only person in the whole place. It was so peaceful

At one point, I caught myself thinking, ?Wow! I?ve seen Japanese gardens other places. These are so much better!? My next thought, “Of course, idiot. You’re in Japan!” 287 hours in planes means sometimes I forget which continent I’m on. [Insert “embarrassed” emoji]

It was truly one of the most beautiful places I’ve ever seen. After all that relaxing, it was time for some lunch. I found a restaurant and ordered Nasi Goreng in honor of my next stop ? Bali. The traditionally Indonesian dish involves chicken, shrimp, fried rice, and an egg. It?s one of my favorite things to eat in Asia. As I enjoyed lunch, I couldn?t help but overhear a couple of British guys one table over. I promise I don’t often eavesdrop. They were just being so loud and hearing English in a non-English speaking country tends to get my attention.

The conversation was a negotiation over the one guy?s salary. They?d agreed on the amount. The only remaining question was how much should be ?guaranteed? and how much should be a ?bonus” contingent on his performance. He must not have had a lot of confidence in his own ability to perform because he wasn’t willing to put much at risk. Well, it was a quick visit here. I’m ready to explore the next stop: Bali! However, if someone offered me ?875,000, I’d probably have stuck around.