(Possible) Brushes with Greatness in Our Nation’s Capital

I spent last weekend in our nation’s capital bathing in the glory “inside the beltline.” The celebs (or perhaps their doppelgangers) were out in spades last weekend in Washington, DC. Now, I’m no name-dropper, but I feel you should know about the excitement in my life, so… In truth, despite all of the celebrity sightings, my only paparazzi moment came when I captured a photo of this menacing looking squirrel.

These brushes aside, it was a wonderful weekend in Washington. The weather was beautiful and the cherry blossoms were in full bloom. The crowds were massive, but what’s Washington without a flood of adolescents on forced school trips?

Enough about the folks I (might have) encountered. How about I just post a few of my favorite pictures from the weekend instead? It was a weekend full of walking. About 25 miles of it, if my iPhone is to be believed. All that time on foot meant plenty of opportunity to capture some of the gorgeousness of Washington. 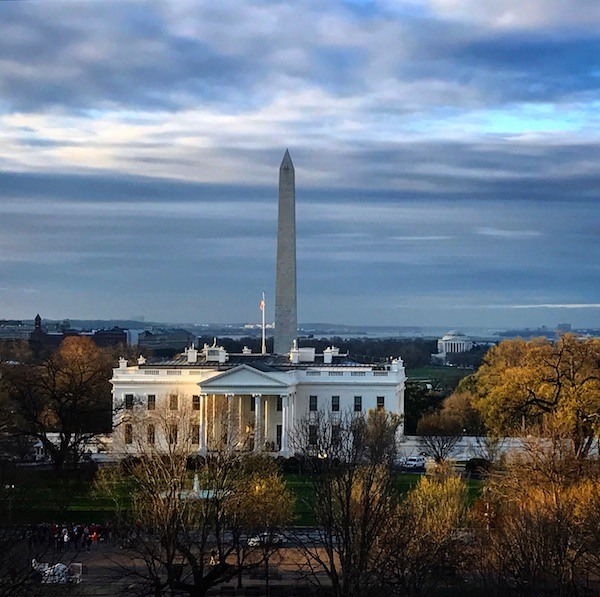 The north entrance of the White House from the Hay-Adams Hotel. The south entrance of the White House. St. John’s Church where nearly every President has attended a service or two. The Blair House is the President’s guest house. It’s also where the President-Elect sleeps the night before the inauguration. The Jefferson Memorial up close. The Lincoln Memorial was packed. I wonder what visiting this place was like before smart phones?

Washington, DC is one my favorite cities on the planet. It’s supremely walkable and filled with countless free sources of edutainment. The Smithsonian alone system boasts 19 museums and a zoo in the area!