Thinking about booking a flight? Wondering what it’s like to fly a particular airline? Want to tag along on an inaugural trip? Check out these videos to see some of the most amazing experiences you can have in the sky! 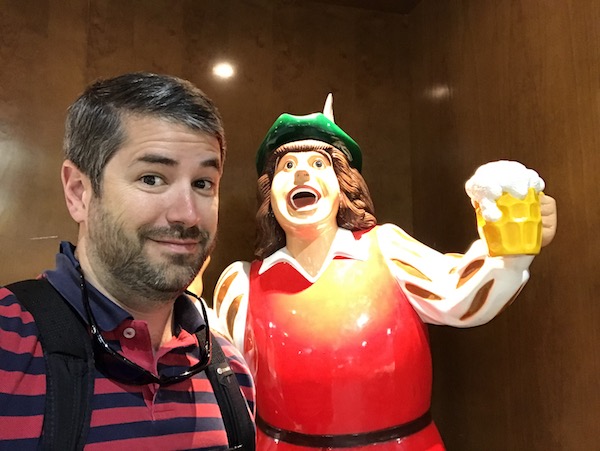 Greetings from Paris (or anywhere, really)

Greetings from Paris, France. For most people, this is a city of Romance. Of Passion. Of Art. Of Beauty. Of Kisses. There will be no pictures of Paris from me this time through. Why? I consider it to be a city to...

END_OF_DOCUMENT_TOKEN_TO_BE_REPLACED Happy Independence Day from Seville, Spain (a/k/a Sevilla, Espana). Checking out this incredible city (probably my favorite city in Europe so far) required first getting here. And it took me a full 24 hours. After an...

END_OF_DOCUMENT_TOKEN_TO_BE_REPLACED Guyana: Walking the Line Between South America and the Caribbean

"What are you doing for Memorial Day weekend?" "I'm heading to Guyana." "Wow! You're going all the way to Africa for the weekend?" "No. That's Ghana. I'm going to South America." And that's how it went. Guyana is a...

END_OF_DOCUMENT_TOKEN_TO_BE_REPLACED Flying From Sydney to LAX {VIDEO!}

This video sums up a 13+ hour journey from Sydney, New South Wales, Australia to Los Angeles, California, USA on a Delta Air Lines 777 in less than four minutes!

END_OF_DOCUMENT_TOKEN_TO_BE_REPLACED “Air Force One” in The Marshall Islands

Here I am in Guam, an outpost of the United States in the middle of the Pacific Ocean and home to -- from what I can see -- a lot of US Military, Korean tourists, and an incredibly disgusting hotel. There's no desk so...

END_OF_DOCUMENT_TOKEN_TO_BE_REPLACED What’s in my Bag?

Have you ever left something at home when you're traveling? Terrible feeling, right? Well, the other day, I did it in a big way. I fly almost 200,000 miles per year and have developed a routine that works well for me....

END_OF_DOCUMENT_TOKEN_TO_BE_REPLACED

I've heard some travelers express sadness when they start a trip. Beginning a journey, they say, marks the end since the experience is already coming to a close. It's a negative spin on the cliche  that, "A journey of...

END_OF_DOCUMENT_TOKEN_TO_BE_REPLACED Anyone who knows me knows how much I love Japanese-Cook-in-Front-of-You-Food. I've also started experimenting with sushi. So, when I found out I'd be in Tokyo for a night-or-two, my belly got excited. Count me in for...

END_OF_DOCUMENT_TOKEN_TO_BE_REPLACED My leg started buzzing while I was sitting in a meeting in Washington, DC a week-or-so ago. When everyone in the room began glaring at me, it became clear that "vibrate" does not mean the same thing as "silent" on a...

Hello Jetsetter! I’m Jeb Brooks from GreenerGrass.com. Although I spend most of my time exploring new places, I call the United States home and I call aviation my passion! I’ve spent most of my career in consulting, which keeps me traveling a lot. A few years ago, I started making videos about my flights all over the world and can’t believe more than 250,000 people now subscribe to my YouTube channel. Here on GreenerGrass.com, you’ll find highlights from my favorite trips, behind the scenes peeks into airline operations, and other resources to help you plan your next trip.

You have Successfully Subscribed!